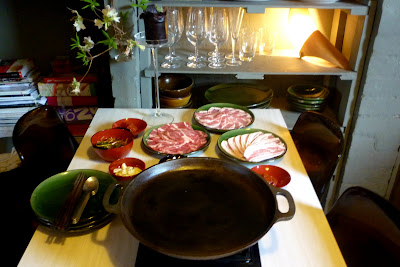 Korean bbq has be the most famous export of Korea after Kim Jong Il and Kimchi (not related to each other). For all non Koreans, Korean bbq is the very first taste of that strange, but facinating culture from the far east. While 90% of you might say "I can't stand kimchi!!!" the same percentage of your would say "I absolutely love Korean bbq!!!!"
Of course there are people that don't understand why one would want to cook their own food in a restaurant, that's easily fixed!! As we all know, whether it is near a Webber in an Aussie backyard, an old basin with burning charcoals in Thailand or Vietnam, there will always be MEN that love to be involved with the cooking process, wether or not the last time they cooked a proper meal was when they tried to impressed their first girl friend. Fortunately this includes the Korean bbq in restaurants; just make sure a prior arrangement has been agreed on which man would be doing the cooking.
It's thursday afternoon on my bicycle after a hard day of work, the weather was perfect and I would rather meet some friends at the pub than thinking about cooking. So the idea of "no cooking" cooking came to mind. I bought 3 different kinds of meat and everything else I needed from my local Korean shop, collected a hot pan and some small dishes from my dear friend M and dinner was settled. (I did spend too much time fiddling with the table setting )
This is a "non marinated" bbq, so don't worry too much about the marinates and I'll post "marinated" one when we do it next !! Get lots of Shoju (korean wine) and let the party begin GUNBAE!!!!!
you'll need the following as a start; 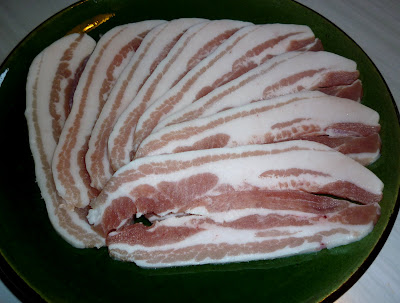 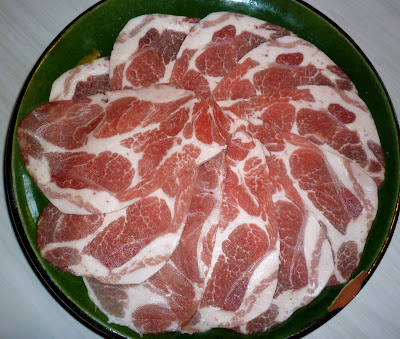 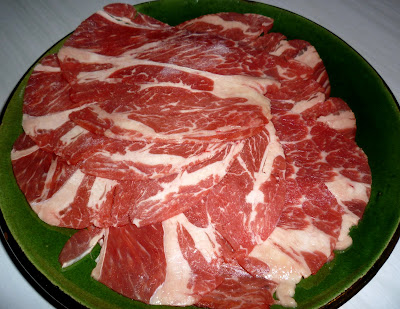 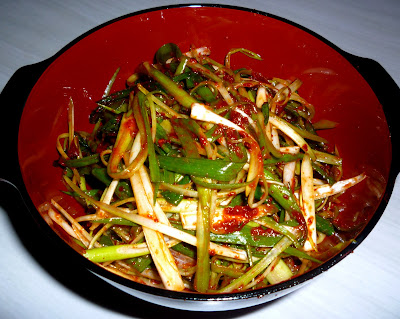 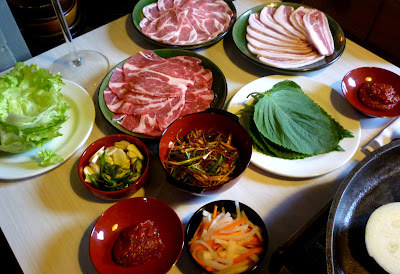 Sesame leaves with all 3 different meats, kimchi, garlic with green chilies, carrot and daikon pickle and lettuce of course. Most importantly the sahmjang !! 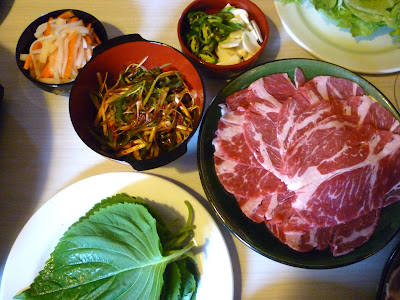 A closer look of the spreads.. 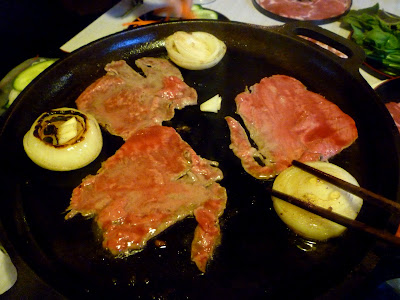 Meat cooking on the hot plate, rest the meat on the onions when they are done. That keeps the meat warm and moist, and those onions are delicious to eat at the end. 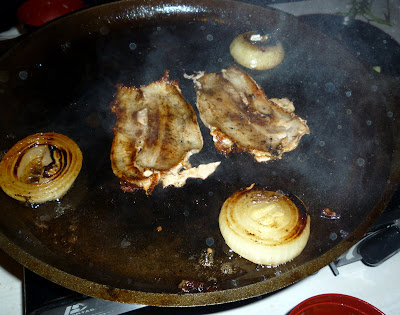 Mmmm a piece of meat is missing!!! 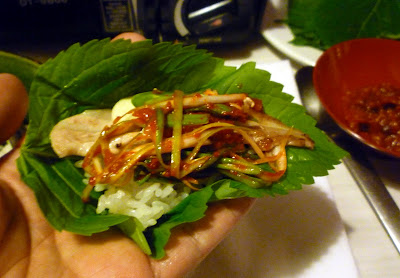 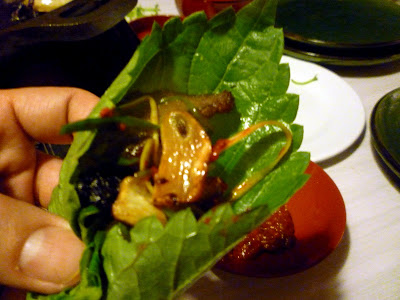 Wrap it all up and EAT!!!!! delicious 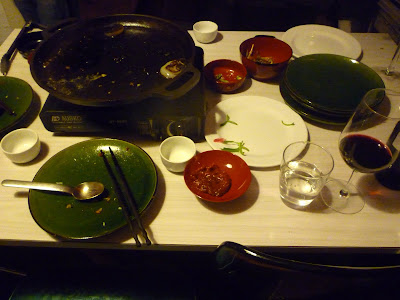 I think we did rather well :)