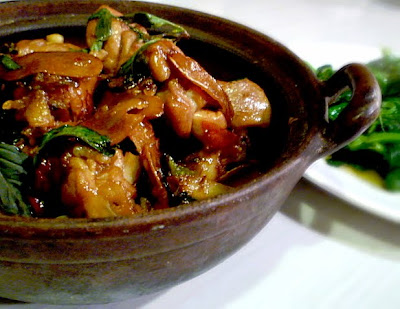 It was meant to be 'braised chicken with chestnuts' but I had to do a quick change of menu as chestnuts were nowhere to be found. Three cup chicken is an ancient Hakka dish although it is better known as a Taiwanese classic (due to the sizable Hakka population in Taiwan). "So what is three cup?" one often asks. The cup being used here is the Chinese tea/wine cup and the "three cups" are referring to one cup each of sesame oil (cooking oil or lard in other version), Chinese cooking wine and soy. I have revised the ratio of the main ingredients a little to suit our taste.
P.S the internet speed won't be back to normal for a few more days. Meanwhile I should be grateful I am still able to post at this speed. 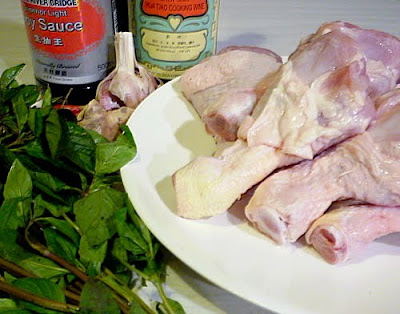 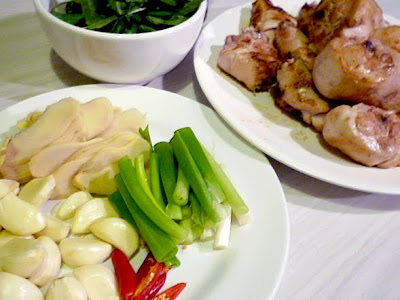 Brown the chicken pieces and have the rest of the ingredients ready. 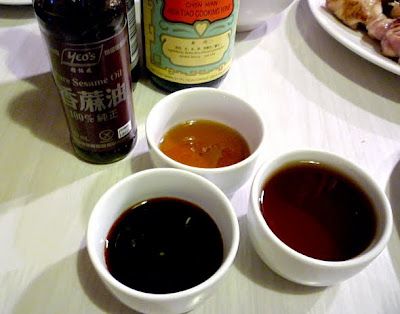 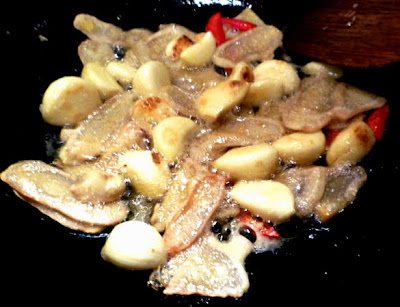 Heat up the sesame oil in the wok then saute the sliced ginger, chili and garlic cloves for a few minutes on high heat. You want the ingredients to brown a little and this is a very important stage. 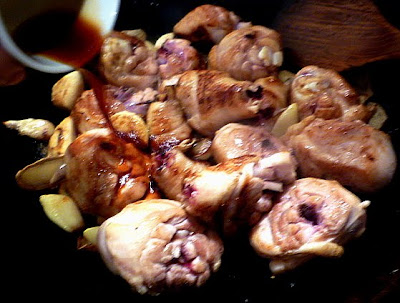 Return the chicken to the wok, fry on high heat for a minute then add in soy, cooking wine, dark soy and sugar. Mix well and fry for another minute. 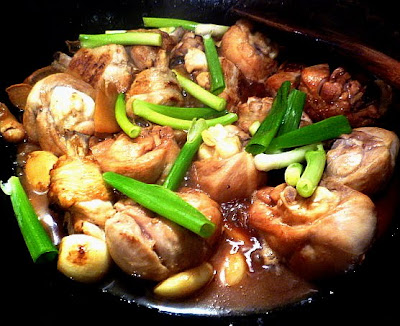 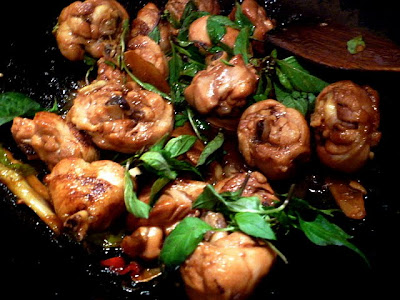 Remove cover and cook on high heat til sauce has almost dried up. Turn heat off, add Thai basil and mix well. 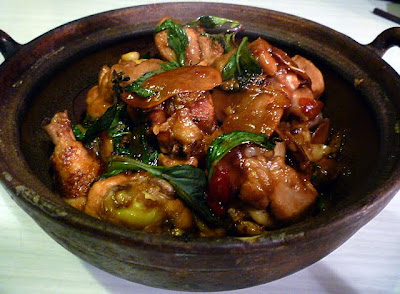 Serve immediately as part of a Chinese meal.
Posted by 3 hungry tummies at 6/08/2010