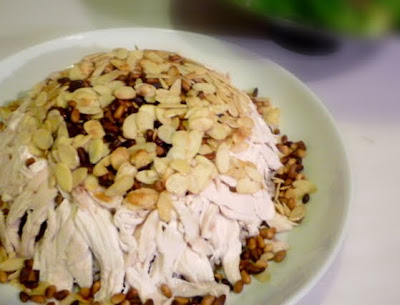 When I first tasted this festive looking dish at Abla's almost a decade ago, I went to heaven and back. When I found the recipe in a cookbook (written by Abla Amad titled Abla's Lebanese Kitchen*) given to me by one of the tummies, I went to heaven and back again. This is another impressive looking dish that is uncomplicated and economical to have on the menu for your next dinner party. I was cooking for just the two of us but this is enough to feed up to 6 people with other dishes so do adjust the quantity accordingly.
P.S I cooked a whole chicken using the Chinese method and finished the rice in a rice cooker instead.
* Abla Amad is the doyen of Lebanese cooking in Melbourne. Her acclaimed restaurant Abla's, a Melbourne institution has been operating at the same location in Carlton since 1979. 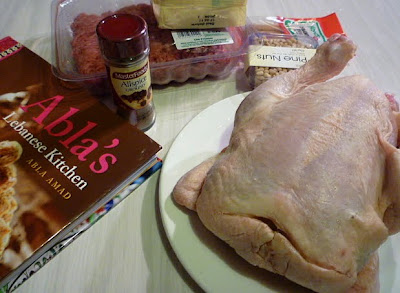 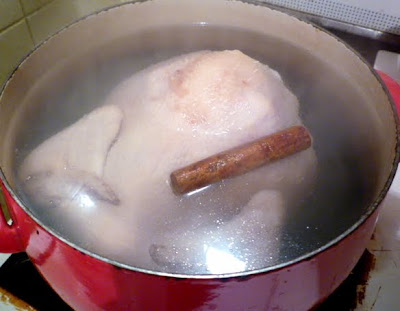 Place chicken with cinnamon stick and a pinch of salt and cover with boiling water. Bring it to a boil and reduce to a simmer for 30 minutes. Remove chicken and let cool, reserve the chicken cooking water. 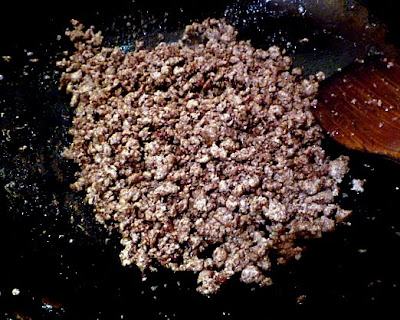 Cook lamb mince in it's own juices for 10 minutes, stirring and breaking up lumps. Add butter, salt  and spices and continue to cook for 10 to 15 minutes til mince is lightly brown and a little toasted. 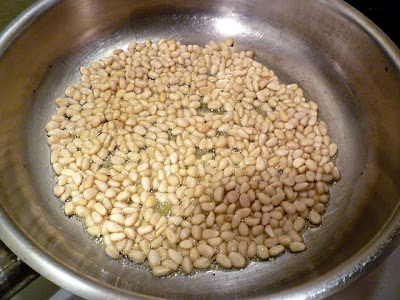 Fry nuts with a little olive oil til golden. 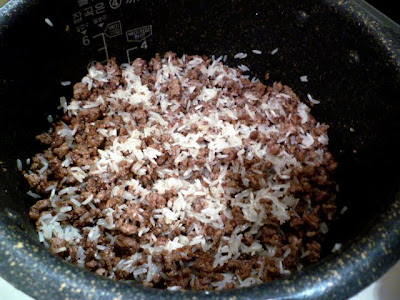 Wash and drain rice then mix in the fried lamb mince, pour in the chicken cooking water and cook in the  rice cooker til done. If you don't have a rice cooker use the absorption method in a pot instead. 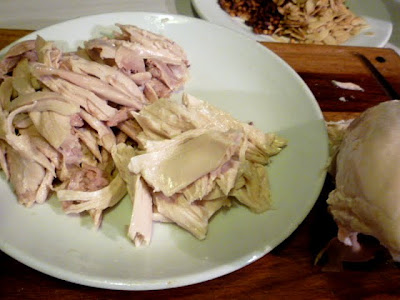 While the rice is cooking, shred the chicken into nice neat pieces. 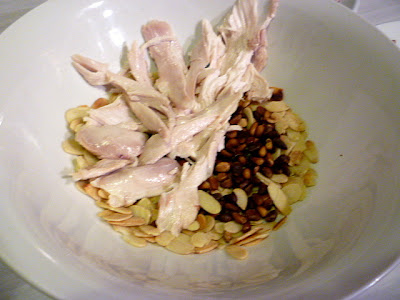 Place half the nuts in a large bowl... 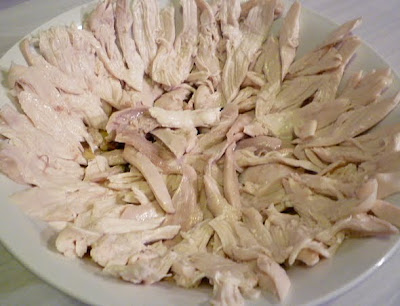 Arrange chicken pieces neatly all over the bowl.... 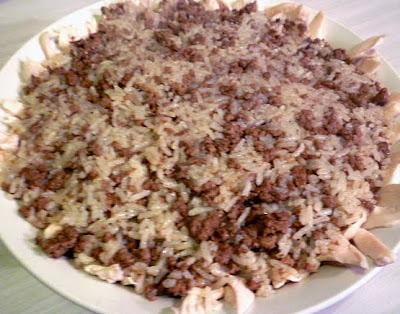 Follow by the rice, press the rice down then place a plate over and revert it carefully. 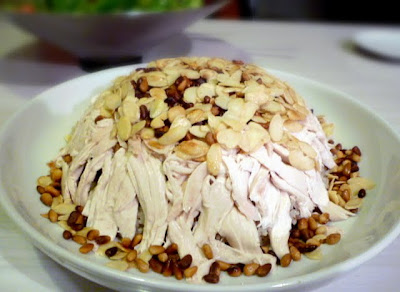 I served the dish with a simple Lebanese salad of tomato, cucumber, lettuce and mint. 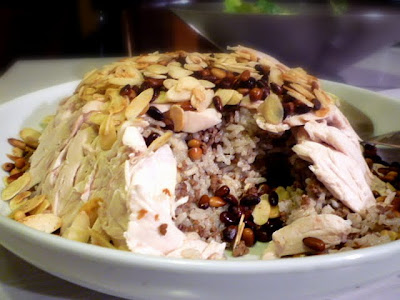 I will certainly cook this beautiful dish again!
Posted by 3 hungry tummies at 5/15/2010