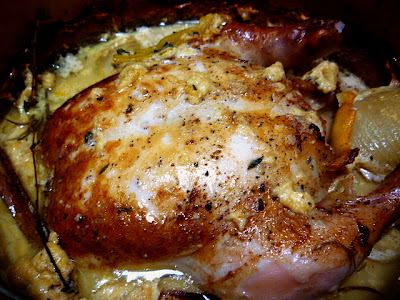 In the year 2009 we consumed 1.7 million camels, 293 million cows, 518 million sheep, 633 million turkeys, 1.3 billion pigs, 2.6 billion ducks and a whooping 52 billion chickens according to the statistics found in the latest National Geographic. It didn't come as a surprise to me considering chicken has been the cheapest and most easily available form of animal protein to the majority of the world population after big scale animal farming was introduced.
Furthermore it is also extremely versatile in the kitchen; it can be steamed, deep fried, smoked, poached, curried and the list goes on. Although there is nothing wrong with the good old roast chicken we all loved but we should always be a little more adventurous and try out new recipes with the humble chicken.... remember what Darryl from the classic Aussie film, "The Castle" said after finding out it was chicken for dinner? "it's what you do with it darl!" Here I have substituted pork loin with a whole chicken using the same recipe from a previous post and it worked beautifully. The chicken is tender and moist not to mention the wicked poaching liquor that also double as a sauce. One piece of advice - do not attempt to turn this into a low fat meal by using skim milk as you won't be getting the beautiful sauce with the tasty curds in it.
P.S Always buy free range chickens if your budget allows; not only they taste better, the few extra dollars spent will also buy us a peace of mind knowing they were treated humanely before turning up at out butchers and supermarket shelves. 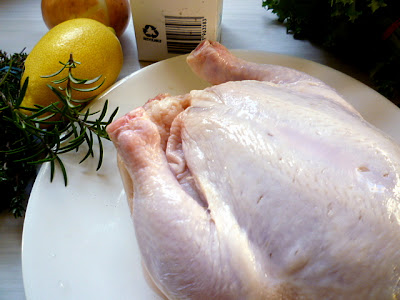 1 free range chicken
rind of one lemon, cut into pieces
1 onion, peeled and cut into chunks
4 cloves of garlic, bashed
1/2 a cinnamon stick
enough full cream milk to cover the chicken
salt and pepper to taste
1 bay leaf
a handful each of thyme and rosemary
extra virgin olive oil
a knob of butter
sauteed chicory with garlic to serve 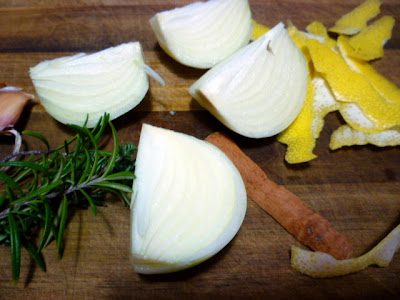 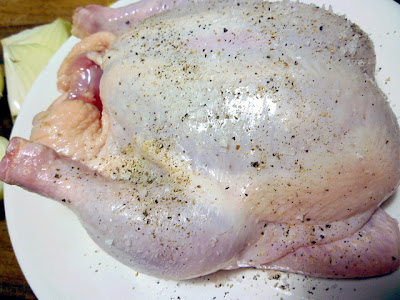 Season the chicken with salt and pepper inside out. 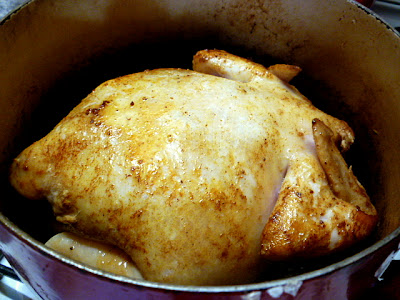 Melt the butter together with a little olive oil and brown the chicken all over. Remove the chicken and drain off all the fat leaving all the delicious brown bits that stick to the bottom of the pot. 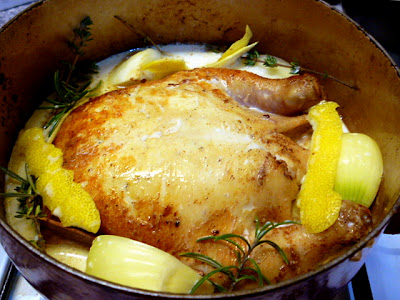 Return the chicken to the pot, add the aromatics and pour enough milk in to cover 3/4 of the chicken. 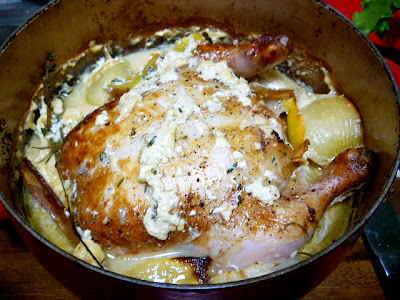 Place it in the preheated oven for 60 to 70 minutes depending on the size of the chicken, basting the bird from time to time. 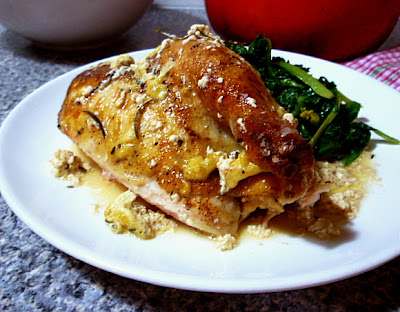 Cut the chicken into desirable portions and serve with a sauteed green.
Posted by 3 hungry tummies at 6/23/2011