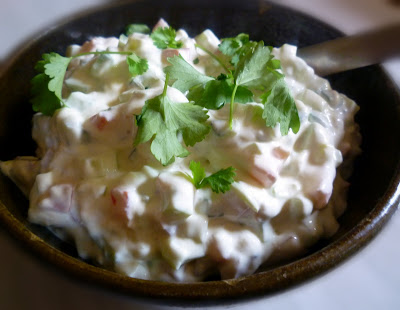 How often do you drink jugs and jugs of water while eating spicy Indian food? Next time try to have some raita instead as water won't do anything to rid the pain, but you'll have to use a full fat yoghurt for this. It is a refreshing side dish to have even if the heat from the curry doesn't bother you at all.
P.S It turned out to be the savior of our dinner for one of the tummies as he was not used to spicy Indian food. 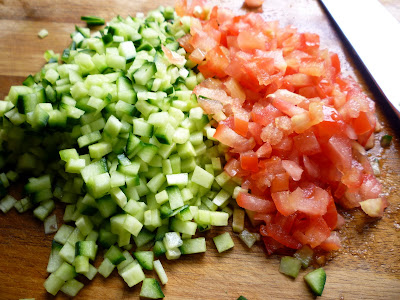 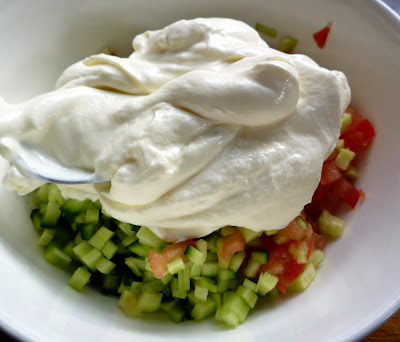 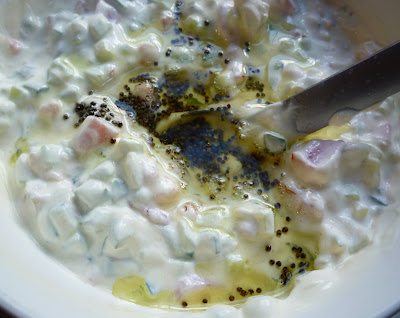 Heat cooking oil and add in the mustard seeds, turn off the heat when the seeds start to pop. Pour it over the yoghurt mixture. Mix well. 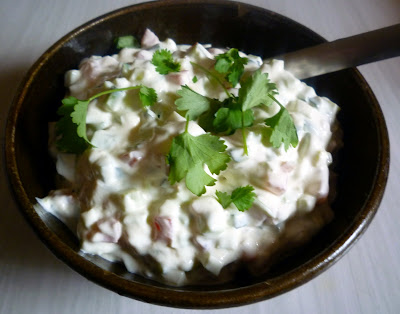 Garnish with some coriander leaves and serve it as part of your Indian meal.
Posted by 3 hungry tummies at 12/14/2009