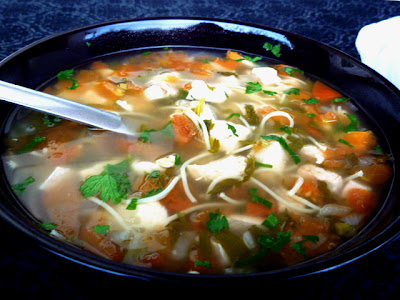 It seems to me almost every culture has a chicken soup that is considered a tonic and there is no exception for the Lebanese. Though I am not too sure about the healing power of this soup but it certainly tastes great and I see it as a wonderful way to end our short tour to the Middle East and North Africa, especially after all the previous dishes which were laden with quite a lot of spices. This gentle soup is light and very easy on the palate so it is not difficult to understand why it is generally served when someone is feeling unwell. 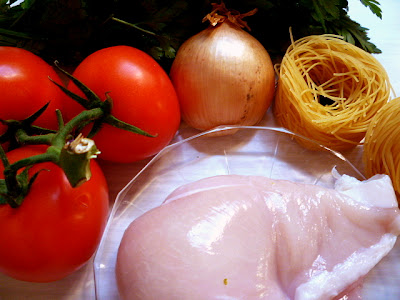 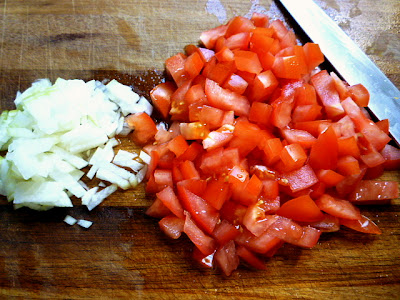 Prepare the onion and tomatoes. 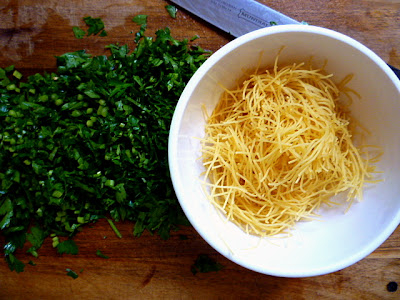 Prepare the parsley and egg vermicelli. 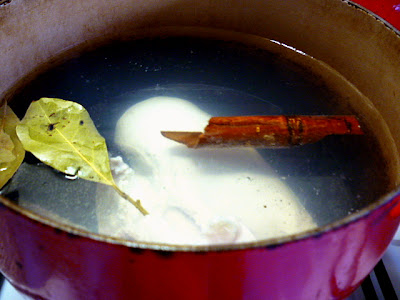 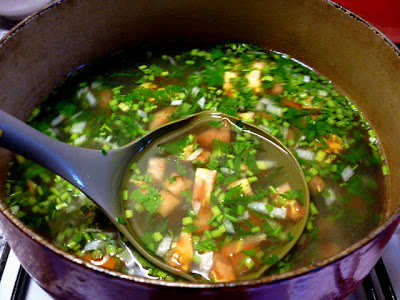 Add onion, parsley and tomatoes into the stock and bring it to a simmer. 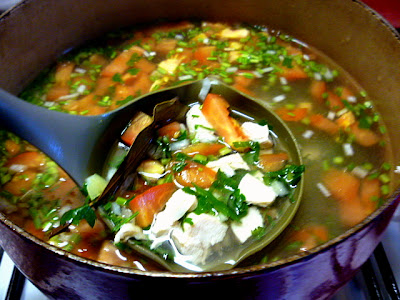 Add allspice, season with salt and pepper and return chicken to the pot and continue to cook for a further 20 minutes. Finally add egg vermicelli and cook for a further 2 to 3 minutes. 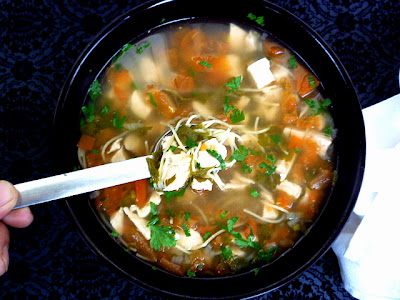 Serve immediately with some extra chopped parsley and let the healing process begins.
Posted by 3 hungry tummies at 5/21/2011