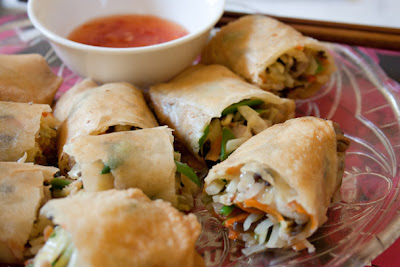 We had a little spring roll making party over the weekend to mark the arrival of spring....rather appropriately!  It was a fun day filled with laughter as novices tried their hands at spring roll making for the very first time. It didn't take long for them to master the delicate art of wrapping and rolling and soon we were enjoying the first batch (out of many) of the tastiest and crunchiest spring rolls.

A much sought after offering at yum cha, spring roll also happened to be one of the most popular Chinese culinary exports. It followed the routes of Chinese migration over the years and it has been given different localised names in their adopted countries; egg rolls (North America), lumpia (Indonesia and the Philippines), cha gio (Vietnam), Popiah goreng (Malaysia), Por pia tod (Thailand), arrollado primavera (Chile, Uruguay, Argentine) and the list goes on......

Despite it's popularity, good spring rolls are hard to come by in Melbourne except when one is at a good yum cha restaurant. To avoid being disappointed with the rest that are often greasy and soggy from food halls and Chinese takeaways, making them at home is the safest bet yet.

If you are a fan of spring rolls, you can find a few more variations here at the tummies'
1) vegetarian spring rolls
2) vietnamese spring rolls
3) popiah goreng (fried popiah)

P.S I will share with you a non-fried version popular in southern China, Taiwan and southeast Asia after a impending "popiah party" so stay tuned! 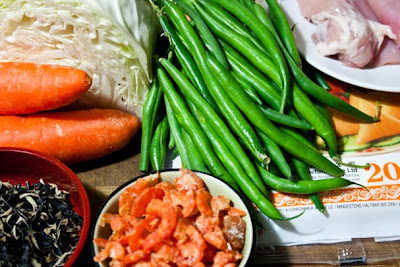 recipe from the tummies' kitchen 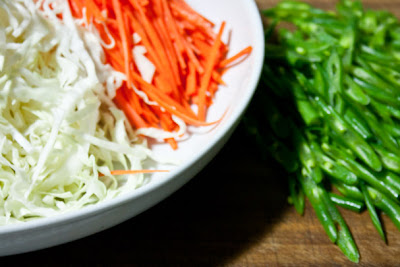 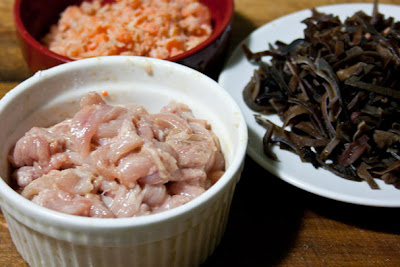 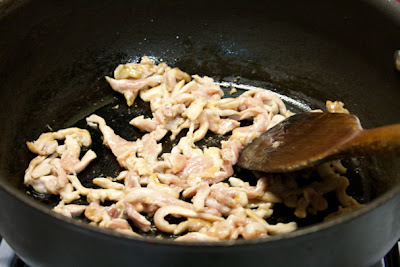 Saute half of the chopped garlic and grated ginger with a little cooking oil for 15 seconds, add chicken and stir fry until chicken is just cooked. Remove and set aside. 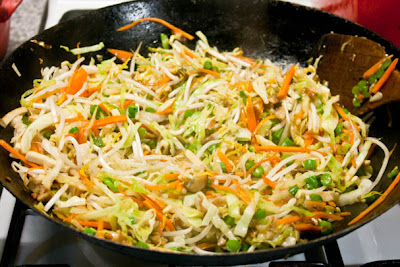 Saute the other half of the chopped garlic and ginger for 15 seconds, add cabbage, green bean and carrot and continue to cook until vegetables are slightly wilted. Return chicken to the wok, add stock and seasonings and cook for a further minute, add bean sprouts and thicken the mixture with a little corn flour solution. 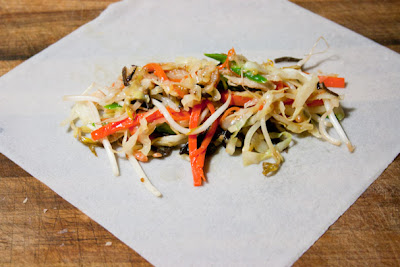 To wrap the spring roll - loosen a piece of spring roll wrapper from the stack and place 2 heaped tbs of the fried vegetables in the middle of the wrapper. 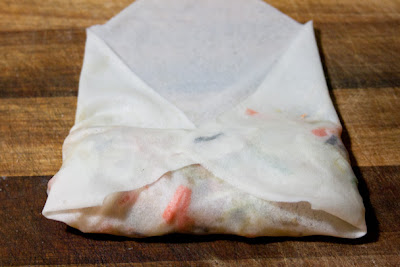 While pressing down the filling, lift the corner closer to you over the filling then fold in the two sides. 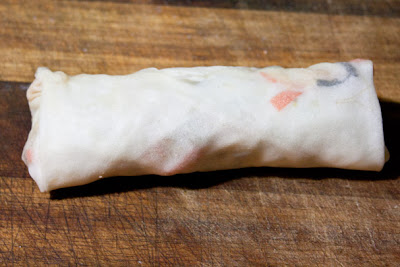 Roll into cylinder about 1.5" wide and 5" long. Brush a little egg white on the upper corner to secure the roll. 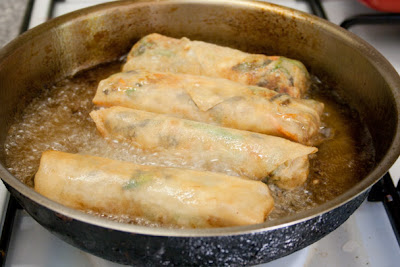 Fry spring rolls (in batches) in hot oil until golden and crispy. Drain well on absorbent towels before serving. 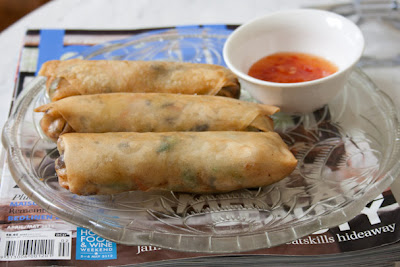 Serve them whole with chili sauce or plum sauce. 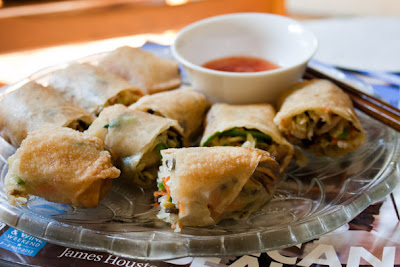 Or cut each roll into thirds like how they are served at yum cha.
Posted by 3 hungry tummies at 9/07/2012