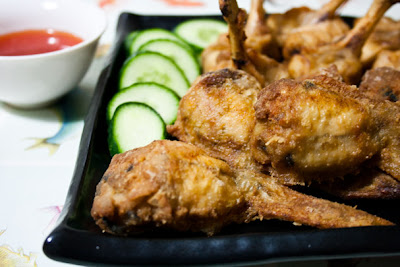 My dear friend A was sweet enough to come over and have another "tv dinner" with me when the other tummy was away. For our special dinner I made two dishes using the freshly made batch of everyday pork and prawns mince I prepared earlier.

You might have read my post on Thai stuffed chicken wings back in 2009 but I can promise you this is a lot easier especially if you already have a bowl of the everyday pork and prawns mince on hand. As with the other part of the wings, they were turned into some equally tasty boxing chicken.

Don't be put off by the boning process; it is pretty straight forward and you'll get the hang of it almost immediately, better still you are going to be rewarded handsomely with the end result!

P.S do come back and find out what is the second dish we had after my next MMM post. 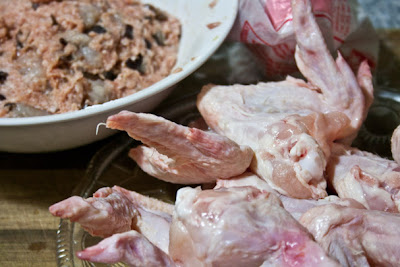 recipe from the tummies' kitchen
serves 2 to 3 as part of a Chinese meal
you'll need;
a cup of everyday pork and prawns mince
8 chicken wings, cut at the joints
1 tbs of oyster sauce
1 tbs of light soy
1 tbs of Chinese cooking wine (optional)
1 tsp of sesame oil
a dash of white pepper
sweet potato or corn flour for coating
oil for frying 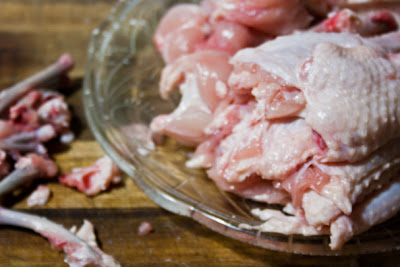 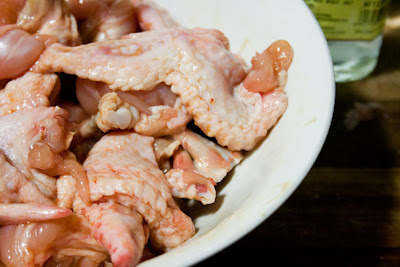 Marinate the boned wings and boxing chicken with oyster sauce, soy, pepper, Chinese cooking wine and sesame oil for at least an hour. 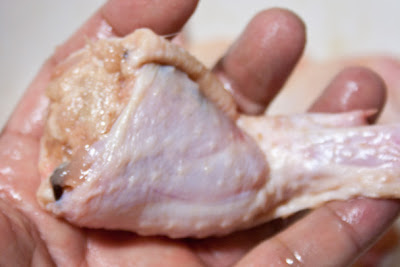 Stuff the winglets with the everyday pork and prawns mince using a teaspoon. 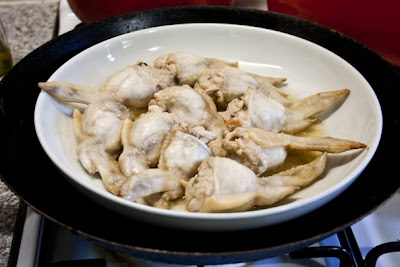 Steam stuffed chicken wings for 15 to 20 minutes on very gentle heat to avoid the stuffing from bursting out. Remove and allow to cool. 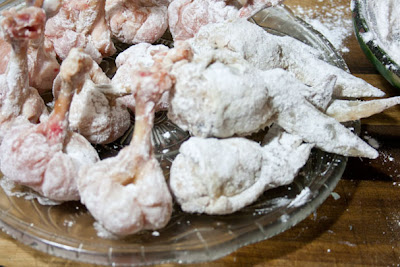 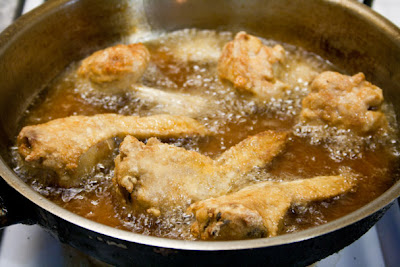 Fry in plenty of hot oil until golden and crispy. remove and drain well. 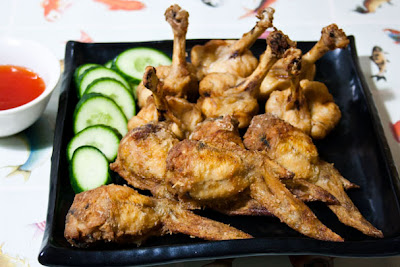 Serve as a snack with drinks or as part of a meal with rice and other diahes. 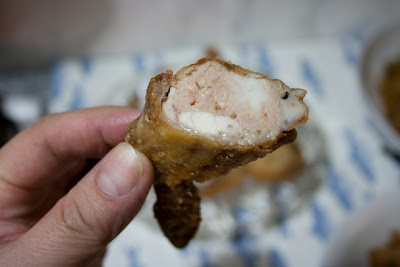